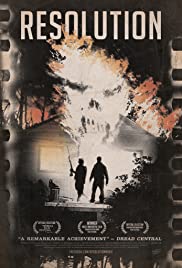 Michael is committed to getting his best friend Chris to sober up and get his life back on track. With the best of intentions, Michael implements a plan to convince Chris to go to rehab before his drug addiction leads to an early death. But what begins as an attempt to save his friend’s life quickly takes an unexpected turn as the two friends confront personal demons, the consequences of past actions, and forces beyond their control.